I recently secured my first BookBub Featured Deal! There are a few options with BookBub–ads, new release featured deals, preorder alerts, and featured deals. Featured deals must be applied for and are the most expensive and most effective–or at least, they have been in the past. Are they still effective? Let’s take a look!

Applying for a BookBub Featured Deal can feel sometimes like an exercise in futility. And frustration. Especially when you see some of the books that DO get chosen. Books that might have fewer reviews, weird or bad covers, or stinky blurbs.

After feeling the frustration and mostly forgetting to apply, I applied for book 1 and book 2 of my beach series. I got one rejection (for book 1) and one acceptance (book 2)! I’m going to break down the expenses, what else I did, and how the numbers played out. 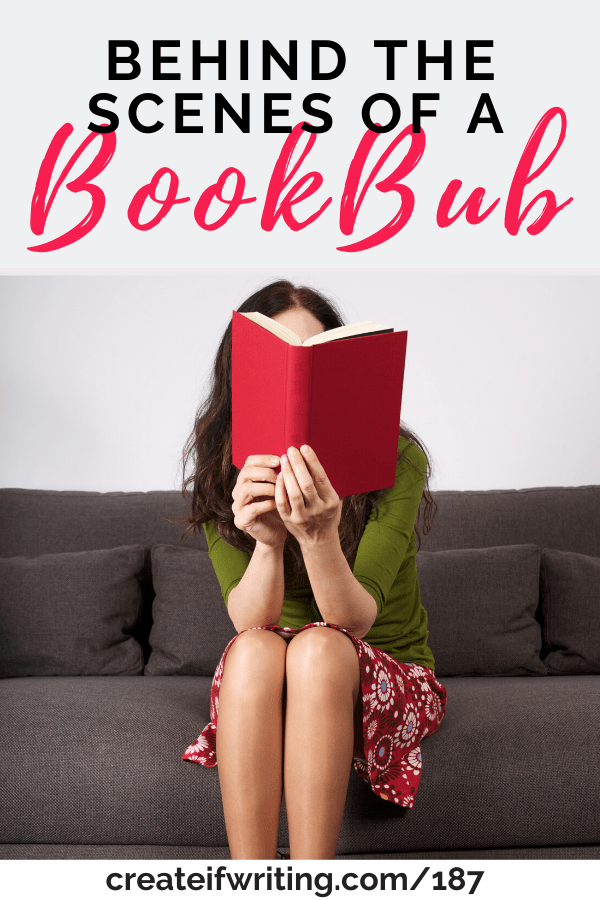 I’m going to break this down for you in honest terms and with some facts and figures. For things I don’t KNOW (like how to secure a Bookbub Featured Deal), I’ll give you my best guesses and let you know that they’re guesses.

HOW TO SECURE A BOOKBUB FEATURED DEAL

To apply for a Bookbub Featured Deal, you need to apply within 31 days of the date. You’ll simply sign into Bookbub, then look at the bottom to Submit a New Deal. 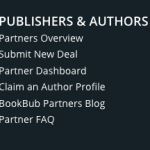 Common advice is to make the deal competitive–99 cents or free. Books that are wide (as in, available on multiple retailers, not just Amazon) tend to have better chances, but books in Kindle Unlimited (exclusive to Amazon) do still secure deals. Professional covers and reviews are a part of it, though I’ve seen some meh covers and books with low reviews. If you get rejected, you’ll need to wait four weeks to submit that title again.

How did MY book get selected?

I can’t say for SURE, but here are some of my thoughts.

COVER. I recently recovered my whole Sandover Beach series to have more pretty, traditional-style covers that are working really well for traditional and indies right now. They’re GORGEOUS. I was able to secure a great deal with a premade that I had built into a series of covers from Evelyne at Carpe Librum Book Designs. She’s fabulous!

WIDE vs KU. I’ve applied with my Kindle Unlimited, Amazon-exclusive books and not gotten a Bookbub. I’m guessing it helped that this series is available on other retailers like B&N, Nook, and Kobo.

NO RECENT SALES. My book 1 was not accepted, though to me it seems to make more sense to promote a first book in a series, but book 1 had a recent sale before I took it out of KU. Book 2 had no recent sales.

REVIEWS. I’m not sure if it had any bearing, but my book 1 had two low reviews. A one-star from someone who didn’t realize that the book had changed titles and purchased it twice. (As an author, it stinks, but sometimes we need to update books and people not on our email lists or FB groups may miss that memo!) The two-star review was from someone who apparently thought it was super boring. 😉

Overall, who knows. I think that these factors played a part, but otherwise, who knows? Do your best to listen to their guidelines. Keep submitting!

HOW TO AMP UP A FEATURED DEAL

Many people talk about stacking advertising around a BookBub. That may seem… wild. Since you’re already spending money, why spend more? But adding some other newsletter swaps or social shares, or even getting other paid promotions can help your book get visible and stay visible, earning you more income. This is called stacking ads.

What did I do to amp up my deal?

I didn’t have huge goals (like hitting a bestseller list) so I set up one promo the day before. I also set my book 1 to 99 cents. This helped my ranking for both books jump up so that when the BookBub hit, my ranking was already in a good place and got even better. Both my book one and book two broke the top 1000, with book two hitting 121 in the whole Amazon store, my best ranking for a book ever. It stayed there for the better part of day, which rocked. I was also #23 in the whole Barnes & Nobles store.

I didn’t have time to set up swaps, but I did ask for social shares and shared in the groups I’m in that allow promo, and in my own reader groups. I also paid to boost a FB post. Usually, I stick to ads, but I wanted to have a few different things going on at once. I had ads running, the FB boost, FB group shares, and I emailed my own list.

SO … WHAT WERE THE NUMBERS?

I’m just under a week out from the BookBub Featured deal. My sales have started to return back to a normal number already, so here’s a breakdown of how things went. First, for that one book, then the series, and then that pen name as a whole.

THE DAY OF THE DEAL

Sale of Book Two on Other Retailers: $235

Sales on Whole Series on Amazon: $698

Sales of Whole Series on Other Retailers: $303

If you’re just looking at day one, there is barely a profit on the book that was featured. I spent $480 to make $612. But if you add in the whole series and then the books from my pen name (almost all of which got a bump), we’re seeing bigger numbers.

Let’s back up and go even wider to see the impact, including the day before, when I started my promo with the other, smaller promo sites.

A FULL SIX DAYS–STARTING THE DAY BEFORE

Cost of Bookbub (Featured Deal US & International in Christian Fiction): $480

Total Sales on Book Two on Other Retailers: $310

Total Sales on Whole Series on Other Retailers: $495

How about the week before’s profit on all books for that pen name? Let’s just see what the norm is.

The margin of profit the week before was BETTER, though not by much. I made more money, but spent more to do it. Both weeks, my expenses were about half of the total profit.

NOW, let’s scoot back and look at the bigger picture of the whole series, and then my pen name overall.

As I mentioned, because this was book two, I figured making book one also 99 cents would help. It did. The other two books are $3.99 each and I did have the next preorder up, though Amazon hadn’t connected it to the series page, which hurt. I also have another related beach series. I ended up getting 23 preorders (at $3.99) on the fifth book in this series and 13 (at $4.99) for the related beach book.

The big thing that the money doesn’t show is the number of NEW READERS I have hopefully gained. I sold almost 2500 copies of my four beach books. That’s … massive. The week before, I sold a little over a hundred copies.

And while freebie seekers don’t always read the free books they download (there’s a whole stockpile mentality), people buying books seems to be more likely to read. I’ve seen already a handful of new reviews on the first two books.

WHAT IF YOU WANT TO HIT A BESTSELLER LIST?

I know some people hit the bestseller list with a BookBub. To clarify, I’m NOT talking about the bestselling books in smaller categories on Amazon, but something like the USA TODAY Bestseller’s List.

To hit something like that, you’ll need closer to 7,000-10,000 book sales, including at least 500 on one retailer other than Amazon. Those are the basic numbers people throw around, and based on the fact that I’ve hit one of those lists and am currently in a group aiming to hit, those ring true.

If you want to hit a bestseller list piggy-backing off a BookBub, you’ll need to stack a LOT more ads, ramp up your other ad income, and do a lot more to be visible. The “week” for that runs starting on Tuesday. So you’ll want to make sure you’re hitting on the right day as well. My BookBub was a Saturday, which I would GUESS is less effective overall, but for sure wouldn’t help me hit a list. (I wasn’t aiming or expecting to, for the record.)

BookBubs are big, splashy, and can make your book look pretty awesome. They DO connect you with new readers. I hit the top in a lot of bigger categories, reached my highest ranking ever, and am on track to make more money this month than I did last month, though this won’t be my most profitable month this year.

What do I really care about?

While orange bestseller flags and even just GETTING a BookBub Featured deal are pretty cool, I’m about the bottom line. I want money, and I want longterm readers.

I did make a profit when you take into account the whole series, and the boost to my pen name. I moved thousands of books, which will hopefully garner me some long-term readers. I’ve also heard it’s easier to get a second BookBub after your first, so I’ll try again and see how we do.

The thing to remember about a BookBub is that it’s one blip on your overall radar. Securing Featured Deals isn’t a sustainable model for promotion, because you can’t control when they’ll say yes or no. To sustain book sales, you need to consider how you can add more blips (aka: one-time, limited promotions) or how you can set up consistent daily promotion.

For me, I’ll take more BookBubs if I can get them. But I’m also relying on the daily FB ads to keep my income up. It’s a combination of big promotions (like launches or sales) with the daily and consistent sales that work to make a steady income.

Want to learn more about affordable Facebook ads to keep your books selling? Check out my Facebook Ads Workshop!

It’s affordable, and you’ll walk away knowing how to create and test ads that make you money without breaking the bank. 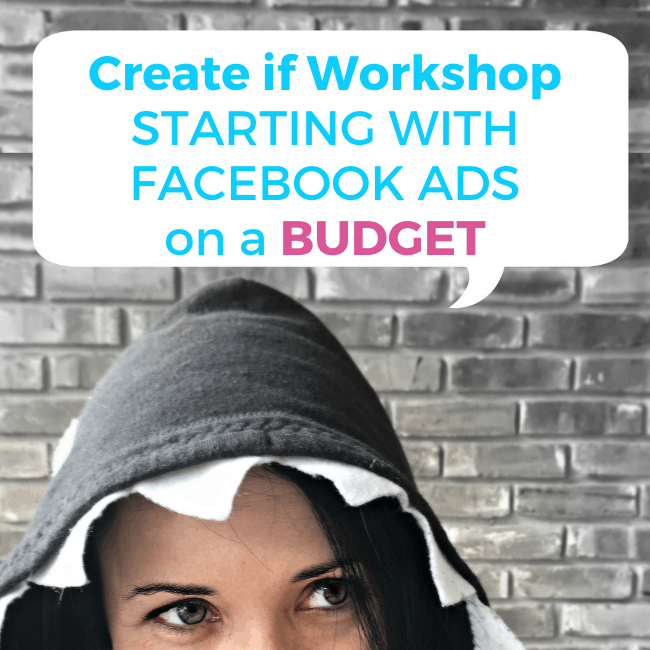