This is a topic that comes up every week day in Facebook groups: What do you do when you get bad reviews? (Especially on Goodreads…) So, what’s the answer? I’m not going to give you ONE, but a few options when you’re dealing with low reviews on your books.

LISTEN TO EPISODE 162 – WHAT TO DO WHEN YOU GET BAD REVIEWS?

FIRST UP: EVERYONE GETS BAD REVIEWS

We’ve all been there. And if you haven’t yet, you WILL. Even great classics have one-star reviews. I promise. Just for funsies, here are some screenshots of actual reviews of Jane Eyre by Charlotte Bronte:

Oookay, then. Feel better? That’s a classic. (If you ever need a boost, just go read the one-star reviews on great classics. It’s therapeutic.) Point made: we all get one-star reviews. The end.

But knowing that doesn’t always take away the sting. You know you’re in good company, but what should you DO about those pesky low reviews?

WHAT TO DO WHEN YOU GET BAD REVIEWS

There are basically two main options when it comes to reviews: Read them or don’t read them. When authors talk about their bad reviews, the advice often comes hard and fast to avoid reviews at all costs. Especially on Goodreads. (The culture there just seems a little more harsh and reviews tend to be lower.) I want to give you some reasons why avoiding your reviews can be healthy, but also why you might want to read your bad reviews. 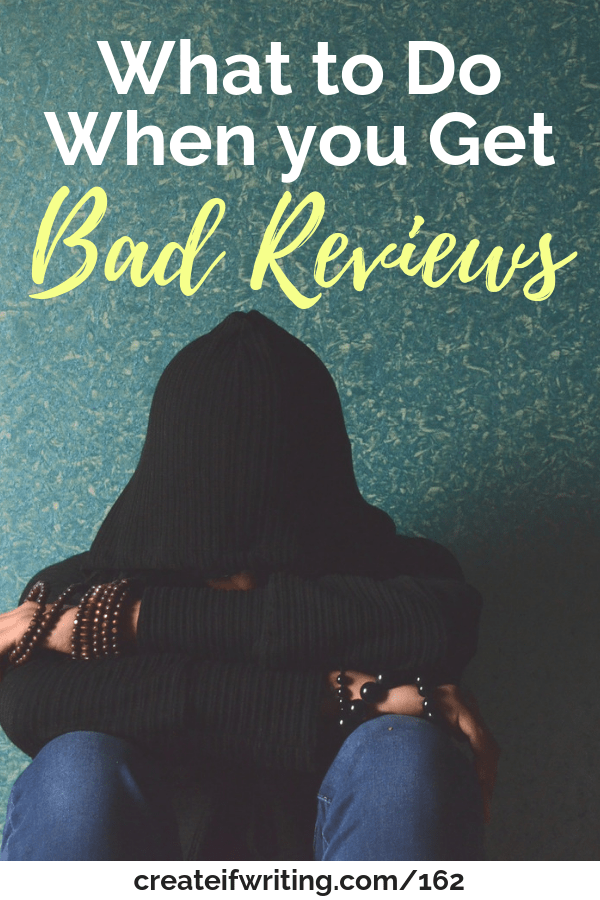 There may be a time and a place to read bad reviews, but there is also a time and place to avoid all reviews. You might need some emotional space because you’re having a bad day/week/year. You might be easily wounded and find yourself falling too quickly into despair over things like this.

If you feel like your reviews are having too much of a negative impact on your writing or your person, STEP AWAY. Give it a rest. Don’t read the reviews. Pretend they aren’t there.

Even if it’s just for a short period of time, ignore them. Step away. Give yourself permission to have some space.

WHY YOU SHOULD READ YOUR REVIEWS–ESPECIALLY THE BAD ONES

I think it can be very helpful to read through your bad reviews. Yes, it can also stink. It can be discouraging. But you might learn something about your writing OR your readers. Maybe both.

Read through your bad reviews with an open mind, doing your best NOT to get emotional about the content. (Yeah, I know that’s not super possible. Just try.) Take a few minutes to let things sink in and then maybe give yourself a day or two (or a few hours or a week–just depends!) and let the critique sink in.

Come back when you’re less emotional about it. Then think about the words and what the reviewer is saying. Ask yourself some questions and try to answer honestly.

You may not find anything helpful in your low reviews. (Just scroll back up to the Jane Eyre ones!) Sometimes people just won’t jive with your style or your characters.

BUT. If all the low reviews say the same thing, you should really take some time to think about the validity of what they’re saying. You might have missed a genre expectation or you might have some editing issues that need attention or you may need to work on giving your characters more depth.

As an example, when I first started writing as Emma St. Clair, I wrote a Christmas short without having read in my genre. (Don’t do that!) I then wrote a second short that was to connect with a full-length novel to release in the spring. I learned from my reviews that I made a few BIG mistakes. I might not have realized as quickly or been able to examine what I could do better if I hadn’t read those reviews.

I’m not saying you should take every review and change your writing or book. But if the reviews have merit, you can change things going forward OR edit your current work to be a better and stronger work.

WHAT YOU SHOULD NEVER DO WITH YOUR ONE-STAR REVIEWS

As an author, you cannot spend your time going around responding to bad reviews, explaining yourself, or arguing with reviewers. You will not win. You will just look like a jerk and turn off readers. Resist that urge!

Also, do not get your followers to engage with bad reviews.

We are living in a time where the mob mentality online is strong. Too often I’ve seen authors or influencers online enlist their followers to take an action that quickly gets out of hand. You do not want to ask all your followers to try to get bad reviews taken down or to otherwise attack or engage with people who don’t like your writing.

Again, it makes you look bad. It also is like bullying. I don’t like the mob mentality in general. It’s damaging and can be dangerous. Be careful that you aren’t abusing your influence.

I want to circle back and remind you that we will all have bad reviews. You might be able to learn something from them or you might need to ignore them. But you definitely shouldn’t spend time getting emotionally invested in them or getting your readers to join in the ganging-up mob culture that happens sometimes online. If you can learn something, learn it. Then move on and keep writing.

What do YOU do with bad reviews? Read? Ignore? Something else? 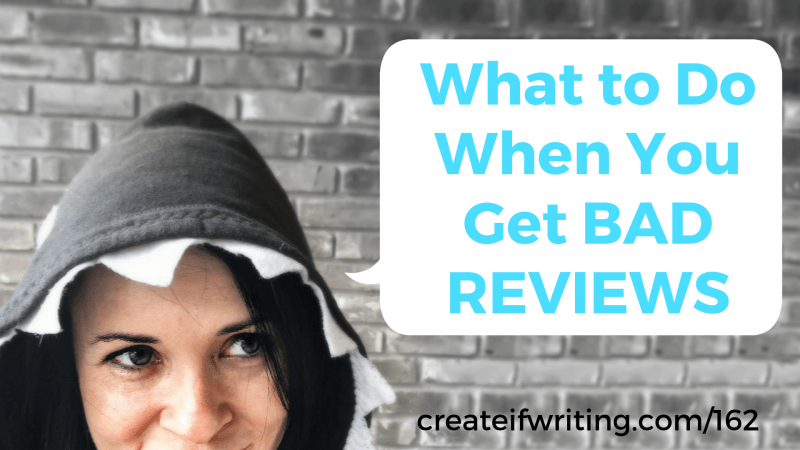